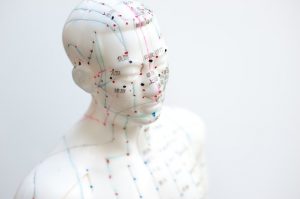 The Acupuncture and moxa are general broad name which contain lots of school- different thoughts and uses, inside there is one method which is being used on the human scalp and it has direct connection to the brain areas.
this method was developed by japanese neurologist name Dr.Toshikatsu Yamamoto, it was developed on the basis of the chinese scalp method.

Process:
after finish doing the first questioning and decided about the diagnosis and strategy of how we want to treat, the patient will lie down on the treatment bed and than we do another diagnosis in which we check some reflex areas and according to the check, we decide where to needles on the scalp, of course we take under consideration the main problem.

the acupuncture itself is being done by using needles which are thicker than the usual ones in order to make stronger stimulation and they stay in the scalp the whole time of treatment. when finish the treatment, the scalp needles also taken out.
there are conditions in which we ask the patient to leave the needles more time, of course we explain how to take them out.

in babies and kids, the treatment is being done by using shonishin

on 2016/9 Terue went to Hokkaido, Japan in order to study the method from one of Dr. Yamamoto’s students 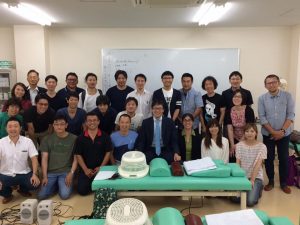 and this year 2017/6 Terue will go to Miyazaki, Japan where Dr. Yamamoto’s center and overthere participate in a conference with Yamamoto. till nowadays the method is continuing to develp and being researched