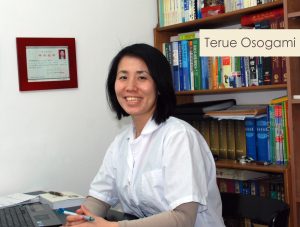 1994-2000: she studied in Osaka university, when her main fields were:
Japanese acupuncture and another subject which is similar to what is called in the west OSTEOPATHY, mainly for orthopedic. In addition her second main subject was SHONISHIN which is specific japanese acupuncture for kids and babies.
SHONISHIN- very good treatment method with good quick results.

During her studies, she worked with one of her teachers in Osaka, which have very busy clinic till these days and on the same time, worked with her father in the family clinic in the city of Fukui, which is located north to Kyoto.

2001-2009: Terue went to China, studying the chinese language and afterwards decided to continue study for M.A in the field of acupuncture in the city of HangZhou, china.
Terue’s tutor was very famous acupuncturist in the west, called: Ye De Bao. unfortunately before we came back to Israel, he died from pancreas cancer.
In the middle of 2005, Terue met Arik through the chinese language teacher, from there their shared journey have begun
In may 2009, Terue and Arik came back to Israel, to the city of Kfar Saba in order to open their own clinic

Terue is third generation acupuncturist in her family 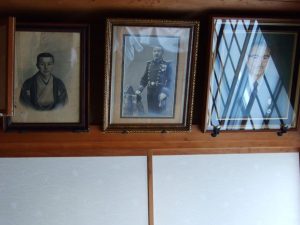 Her Grandfather is on the right 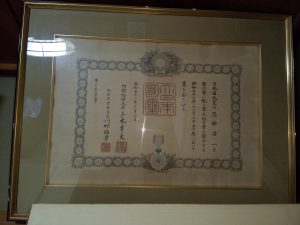 The Diploma which her grandfather got from the king