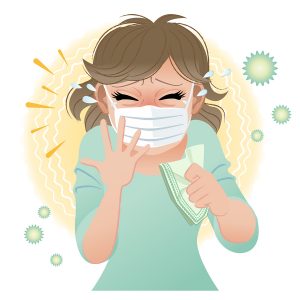 Today a new patient came to our clinic, from the sharon area in his fifties which looks like a child (good genes) who suffer acute cold. he got history of 15 years, every month for 1-2 weeks catch cold with muscles pain, head and eyes ache, throat symptoms from pain to hoarse voice, all happens from every small thingHe went to see a doctor which we work with, who told him to call us, that doctor already gave him few kind of capsules from herbs which one of them helped him for month and half and now again he caught cold, during questioning, he said that before the last attack, he suffered from measles for 2 weeks with serious muscles pain.

The patient between attacks like to do sports: swimming, riding bicycle, in addition he said that compare to other people, he doesn’t sweat a lot and he doesn’t like cold weather at all. other questions regarding life style, which we usually ask about were normal. When we checked his tongue and pulse, the picture was of a very weak and deep pulse mainly on the lung position and the tongue was red without coating on the lung area with red tip.

So today we used needles and in the beginning of the week we will see, decide what we do with the herbs, if we give herbs for the acute level or maybe herb to start strength his body, because from what we see we can diagnose few things which the bottom line shows disharmony in the level of ying and wei, meaning the protecting level is too weak from malnutrition, so every disease pathogen can invade- this diagnosis is from one of the old books that talks about cold pathogen invade the body, the body is described as an onion, meaning the body of 6 levels but if we read another book who talks about diagnosis according to the organs, than there is lung yin defficiency with empty heat and from the other hand blood defficiency in liver and on the background blood stagnation which is something that happens in most chronic diseases mainly when the patient have history of many times using antibiotics.

Another thing, when I asked him what happened 15 years ago, he said he doesnt know but maybe have connection that on that time he got higher position in his company.

Today, day after treatment, as a part from our service to contact the patient and ask him how he felt after the treatment, said that felt generally better and today already no muscles pain but still some weakness and still some throat itching.
If it continues like this, than on sunday will start use herbs to strength him.
Good message to start a new day!