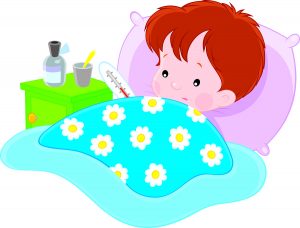 Two weeks ago a mom brought her baby to our clinic, the baby is year half old which for long time now, suffers from lots of diseases: eyes infection, ears infection, throat pain and all happened after he started go to kindergarden- treatment with Shonishin made the differenceAfter some time the parents decided to quit the kindergarten because he most of the time he was resting at home. one month after, he started to suffer from fever which went up mainly during the evenings without any good reason. after the pediatric checked him, he sent the parents to do some blood checks, which came out ok. the doc said that if he get fever again, give him ACAMOL.

Eventually the parents decided to take him to homeopathic practitioner to solve the problem, the mother in the first time told us that the baby is having the homeopathic medic for month without any results in the aspect of the sleeping.

Afterwards they decided to come see us through a relative which is our patient.

In the first time they came, we explained little bit about what is SHONISHIN and about the healing process and than Terue started her treatment which was on Wednesday. we decided to meet on Friday, on thursday we contacted the mom to ask how is the baby after the treatment (which is part of our service), the mom said that during the night the baby slept longer-2 hours and was more relax but in the morning he had fever 38.3, before he used to have 38.7-39.

On Friday, the mom said that the sleeping is now longer, mood is better and also the appetite. on Thursday’s night the fever was 37.6.

After 4 treatments, he didn’t have fever at all and all the symptoms improved